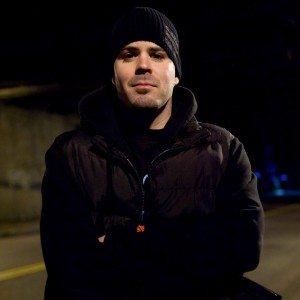 Reel Drama A musical icon since he was in short trousers, a DJ since his early teens born in Boston, MA., a veteran of Electro, Funk, Soul, Rare Grooves, Reggae and a champion of Hip-Hip and Break Beats. Drama has a deep love of his work that is dangerously infectious. Check him behind the turntables and you can’t mistake his heart-throbbing beats, frequently taking to the mic to share word on the latest underground tune he’s about to break. You name it, Drama’s been there and done it. But, he’s never lost sight of the point of it: playing music, producing beats, celebrating life, and spreading love. In 1994, age 16, Drama got a set of turntables and started working as a mobile DJ. Hip-Hop was the first music that inspired him but by the mid-90’s Drama had moved onto playing in various venues throughout the US: Playhouse, Avalon, Axis, Karma, Phoenix Landing, Middle East, Matrix, Vertigo, Enormous Room, The Good Life, The Commonground, Caprice, Wonder Bar, The Kell’s, Boston Rocks, Bill’s Bar, Middlesex, North Star, Sweetwater Tavern, Club 58, 360 Ultra Lounge, Fitsburg Wallace Civic Center (Massachussets), The Boston Freedom Rally for the 5th year. The Mor Bar, Sound Factory, The Viper Room (Los Angelas). Club Therapy and The Living Room (Rhode Island). In addition to some of NYC hottest clubs like the Tunnel and Pseudo lounge, the list goes on and on. Not to mention all the outlaw parties. The next step was to make music.

Summer of 2006, Drama’s first debut single was released in stores nationwide. The album “Playtimes Over” Ripshop was released 3/27/07 followed up by the “The Authenticity”  released on 4/12/2010 and the new upcoming LP “Regime Change” dropping 2014. You can also find his DJ mix “Old School In A New Neighborhood” Part 1 & 2 series. He currently finished a project with Aztech “Boom Bap Breakfast” which dropped July 2013. This marks his 20th year in dedication of DJing. Also involved with playing for various clothing stores: Guess, Puma, & Oakley. In Collaboration with Art shows, B-Boy, MC, & Redbull Thre3Style DJ Battles… Press Releases: The Source Magazine, Scratch Magazine, The Weekly Dig, Whats Up Magazine, The Boston Herald, Phoenix Newspaper….

One thought on “Bio”